Skip to content
Previous Next
Artificial Intelligence: Will it help or hurt the Assistant Profession?

Artificial Intelligence: Will it help or hurt the Assistant Profession?

Now, what does that mean for the profession? What does it mean to my job? What does it mean to people who have spent a lot of time and energy becoming great Executive Assistance at the senior level, and I will speak about the people at the senior level because I assume that even if you’ve just started in the profession, you’re aiming for that level of support in your own career. You probably are starting to think about artificial intelligence, and you may be thinking of it as some threat.

That was certainly what happened with personal computing. As soon as personal computers came along, my partner and I, in business in San Francisco, were terrified that this equipment was going to put us out of business because it was going to put secretaries out of business. What happened was slowly but surely, the secretaries learned computing, starting with word processors, and that was the nightmare because there were 17 different word processors out there, and each company had different ones. But be that as it may, the excellent secretaries who are committed to lifelong learning. They were committed to learning the best and the greatest tools and skills that they needed to be at the top of their profession, which is still necessary.

Of course, commitment to lifelong learning is one of the traits that we say high flying Assistants must-have. But another trait is the ability to be proactive and understand what tools are needed in the jobs as they evolve.

If we look at what happened with technology and computing, we can see that in truth, people who learned about computers and really began to use them as a skill and a tool started rising to the top of their profession in terms of being in demand, because they saved their Executives time. Why? Because the computer took over many of the mundane redundant tasks that used to be, so time-consuming. So the Assistants, the secretaries that learned about computers, began slowly but surely to be what we now call Executive Assistants rather than Executive Secretaries.

Computers did not replace the profession.

They did not replace the role. They enhanced the role.

Now, we are facing artificial intelligence in much the same way as we did back in the 1980s with the development of personal computing. There is a certain amount of terror and a certain amount of excitement. I think what we can really assume, to some degree is that history is probably going to repeat itself.

What is artificial intelligence? 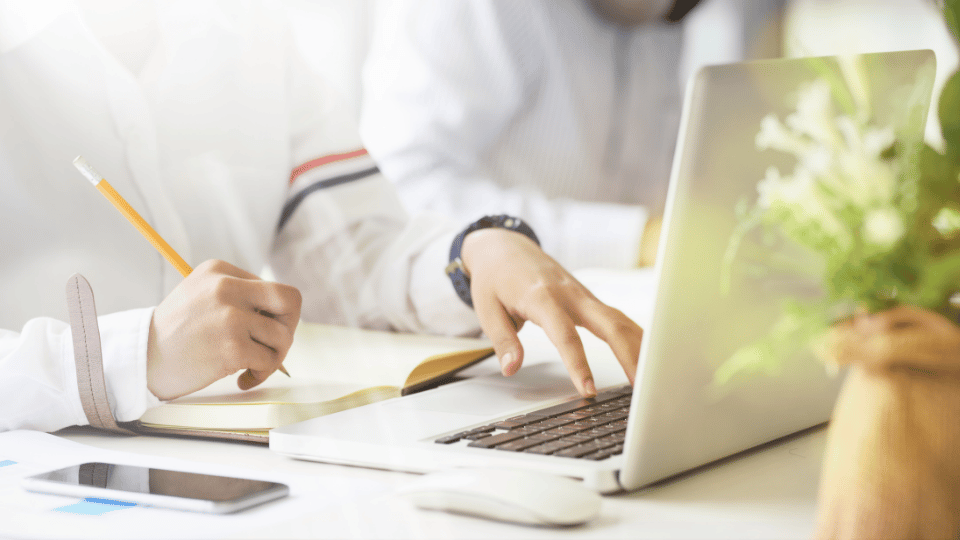 AI, at the moment, is really restricted at this point to repetitive tasks that can be learned, and then managed by the software.

We all have tried to get through to a real person either with an airline or your utility company, for example. Finally, when you say real person, real person, you get a real person, why do you need a real person? Well, at this stage in the game, the AI isn’t able to be intuitive with your needs. It can’t be sensitive enough to understand anything other than black and white.

Why is that important to the Executive Support profession?

Some of the biggest traits, as you know better than I are intuition, being able to really create relationships and understand what’s needed from listening, and many other human traits that at least at this point, machines are not capable of replicating.

Now let’s say that AI doesn’t develop any further than it is today? How could it be helpful to the profession long term? What’s happening in Silicon Valley? And I say that because what happens in Silicon Valley is very quickly followed by other areas and industries. Due to the full utilisation of technology, at a compelling level, Executive Assistants are now sitting at the table with their Executives. Why? Because they’ve learned how to manage their time, through artificial intelligence and software, and get rid of many of the redundancies of a task-oriented job. So they have figured out how to use artificial intelligence to make travel arrangements or to coordinate meetings.

What is a bigger time sucker than meeting coordination between six people in six different continents?

Is there anything more time-consuming? I’m sure there is. But that’s a big one. And you can use artificial intelligence to do that now. So as you look ahead at the use of artificial intelligence, if you embrace it if you learn about it, if you take it on, you will be able to do what Assistants did back in the 1980s. They started realising that they could have the computer do many of the redundant tests that took up much of their day.

The same applies to AI.

If you really embrace AI, you’ll be able to see the qualities that you have that can not be mimicked by machines ( just yet!), such as perceptions, empathy, sensations, ideas, intuition. These things have not yet been replaced by machines, perhaps one day they will, but by then your job will be so much more sophisticated.

Working in partnership with your Executive 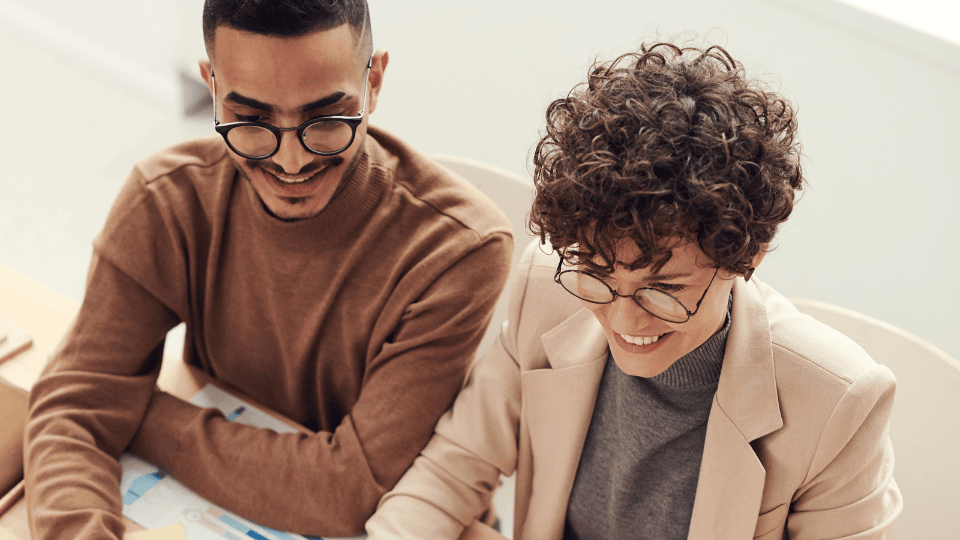 What is the buzzword in Silicon Valley for top level Executive Assistants? They want to be a partner.

Many times senior level Executives are isolated, they have no idea what’s really going on, except that they have this great Assistant who keeps her or his ear to the ground so that they can feedback to the Executive what is going on.

Artificial Intelligence can take over a lot of the time-consuming tasks so that Assistants can spend more time being strategic.

Assistants can spend more time holding that leadership team accountable so that they get back to their Executive her what they’ve promised to do.

You can become more and more valuable. You become more of a partner with your Executive and the more partnership you have with the Executive, the more interesting the job. Why is that? It’s because you’re no longer doing those mundane tasks over and over.

Artificial Intelligence could be a liberator, to the profession, in my opinion, if it’s used properly.

If you can use AI to stop working on mundane tasks, you can concentrate on having a broader view of the company. You can work as a business partner in the sense that you can be more strategic.

As a strategic partner, you have more time to sit in on those leadership meetings, the strategic focus you have becomes more and more finely honed. And so you become almost a second skin to that Executive, in the sense that you don’t have to ask permission anymore. You can always ask forgiveness if you make a mistake; it’s a different level of support, right? You’re not asking permission. You’re making decisions.

The amount of time you can save your Executive from interruptions and the wrong people being on his or her calendar is invaluable.

Artificial intelligence is going to open the door to more and more of you being able to liberate your Executives from things they don’t need to be doing anymore. But you won’t be able to do that until you’re free of the mundane. So I believe that artificial intelligence is not something to be feared. I believe it’s going to be a liberator to the profession. It’s going to become something that we’ll look back on in five or tens years and say, “can you believe we used to do those things or that you used to do those things? They were so time-consuming. No wonder we were exhausted, no wonder we had to work 24/7 to even keep up with things“.

Thank you Leni for this wonderful guest post on Artificial Intelligence: Will it help or hurt the Assistant Profession? 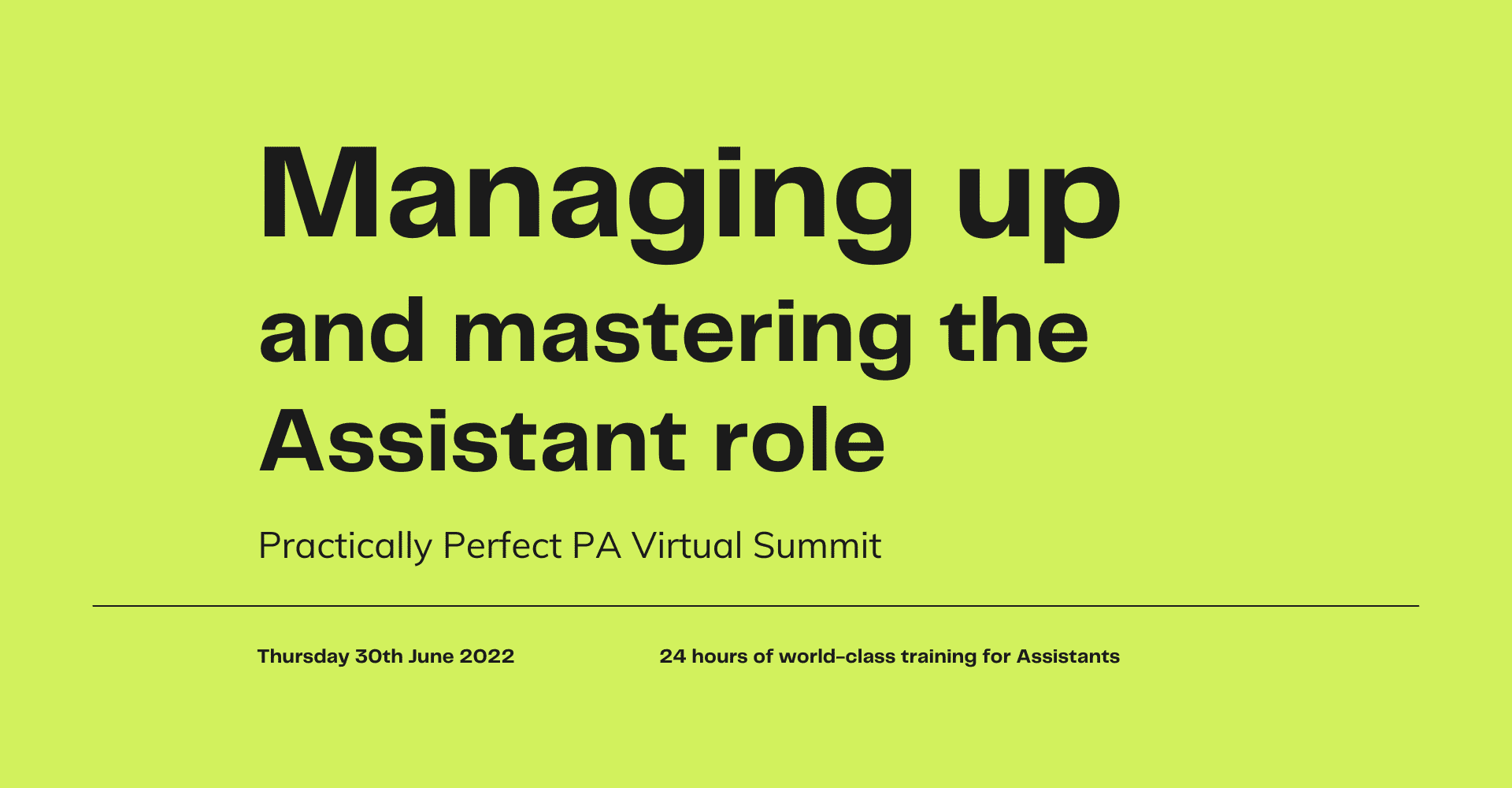